So, the 6 week postpartum appointment with my midwife is fast approaching. I am so sad that this journey together is quickly coming to an end as Dr Wendy has been an amazing friend and resource. I really wanted to get her something unique and special as a parting gift – as opposed to a restaurant gift card or another cookie-cutter gift. So – because I just couldn’t help my crafty self – I had my favorite placenta painting printed on canvas for her. Hope she likes it!

Yes, I saved my placenta. No, I didn’t eat it or encapsulate it. Yes, I made art with it.
I gave birth to The Sprout 2 weeks ago, but painting with my placenta was not high on the priority list so I froze it. After a good thaw, I mixed some black and green acrylic paint with water and “bathed” the placenta.

I used a sea sponge to dab excess liquid off the placenta. I used 140# watercolor paper and would gently set the placenta on top of each piece.

Printing with the placenta

My 2nd son is due in thirty-some-odd days. We are planning a home birth with an amazing ND as my midwife. I wanted the option of a birth pool – both for laboring and delivery. I scored this La Bassine birth pool off of craigslist unopened for $75. It came with a liner, though I ended up ordering a custom one. Seeing as how my little Sprout could show up at any time I thought it would be prudent to set the pool up, check it out and inspect it for leaks. After my pregnant self struggled to unflold the deflated pool, I used an electric air pump to blow it up – it took less than three minutes. She-zam! What an awesome pool. It’s deep enough that when I sit in it the top of the pool reaches above my shoulders and I can lean my head back on the edge. Whether I end up delivering this little guy in the pool or not, I know that I’ll be thankful to have it to labor in. I found SO much pain relief in the birthing pool of Ashland Community Hospital where my firstborn was delivered! Anyways, La Bassine was in perfect shape with no obvious leaks so I just rolled it into the nursery where it will hang out till we need it next month…I believe that was the last thing on my “Prepare for Home Birth” checklist!! Whoo Hoo!
Art baby Cooking crafts CSA decorating Desserts family Family Dinners Goat milk projects gourmet Grain free Herdshare Home Birth kids Painting Photo photography photoshop portrait Pregnancy products Raw Milk real food Recipes Special Occasions Stevia Things to do with your kids Uncategorized Wellness 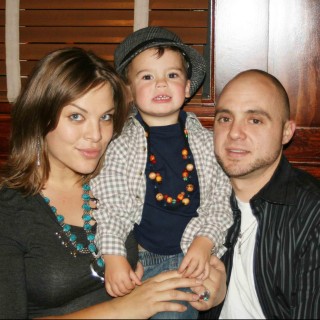